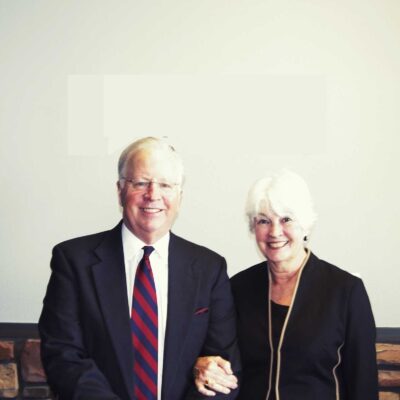 This Sunday, July 24, marks the 175th anniversary when the Mormon pioneers arrived in Salt Lake Valley in 1847. Their leader, Brigham Young, announced at the mouth of Immigration Canyon, “This is the place.” Because we live in Utah, there’s no escaping the significance of that event – it’s part of this state’s history and heritage. However, many non-Mormons struggle to celebrate what is considered a “Mormon” holiday. Some argue, How can we embrace and enjoy a holiday for a belief system that is the polar opposite of what the Bible teaches and what we believe?

For you who struggle with celebrating this event, why not remember another “pioneer” who arrived in Salt Lake Valley on that same day only 104 years later. His arrival with one wife and five children occurred on July 24, 1953. His name – is John Hornok. That’s right, 69 years ago, on July 24, 1953, my Dad arrived in Utah from Illinois to establish a “Bible-believing, Bible preaching” church in this valley. He came at the invitation of Rev James Baines, Pastor of Bethel Baptist Church. The plan was to start a church in the valley with some “seed” families from Bethel. While things did not go exactly as either Pastor Baines or Dad had planned, two months later, on September 13, 1953, with his family and a handful of people, a church was planted. Today, Midvalley Bible Church is that church. As a church, we’ve gone through many changes and locations. People who were instrumental and indispensable in those early days and for their later growth have moved on and, in some cases, are now in heaven. Through the years, thousands of people have been ministered to only God knows how many have come to faith in Jesus Christ, and scores have gone on to serve God.

So here’s my recommendation – when you see all the celebrations for “Pioneer Days,” let’s remember some of the other pioneers we owe a deep gratitude to and thank God for our rich and wonderful heritage. But let’s not just remember John Hornok. Let’s remember, celebrate and thank God for other Pioneers who came to Utah; Wesley Clem, John Lovegrow, James Cook, Harley Johnson, Ira Ransom, George Cook, and many others.

One more thing, Dad used to say that when he arrived in the valley in 1953, he thought the celebration was in honor of his arrival!

As you engage with people, don’t forget these three essential truths:

Photo by Taylor Brandon on Unsplash